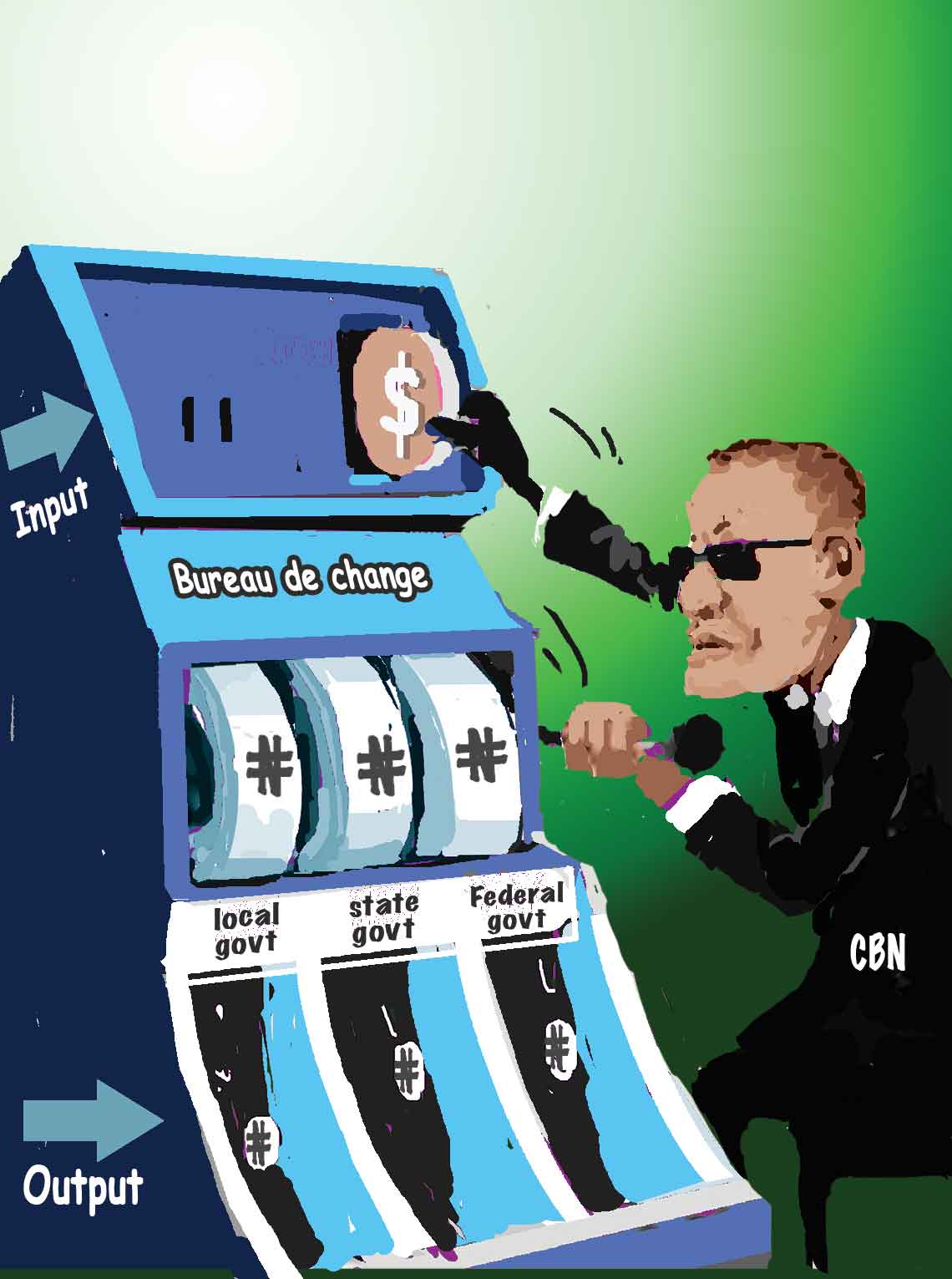 INTRO: The article republished last week titled “Where Do the Brightest and Fittest Go?” discusses the issues faced by Nigerian youth as they strive to excel in a crumbling system, leading them to eventually seek better lives in other countries, and often ending up as second-class citizens by taking on jobs they will not accept in the motherland-Nigeria. If you missed this article, you can find it using the link below.

The republication for today stems back to the year 2015. It has been brought to light once again due to the fact that six years ago, it could very well have served as a ‘foretelling’ of sorts. This is mainly due to the fact that it points out a number of concerns that have formed the current reality of Nigerians. Please note the initial publication date when analyzing some of the rates mentioned and/discussed in the below article, as they have since worsened. The article itself is a comprehensive piece that encourages the reader to think critically. Kindly read on.

President Muhammadu, finally, has a full complement of managers to run the affairs of the country, and hopefully bring about a better quality of life for more Nigerians. Curiously, despite our abundant human and material resources, with bountiful export revenue from oil, preceding administrations, inexplicably, merely succeeded in shunting more and more Nigerians into poverty. Sadly, credible international agencies now also allege that over a 100million Nigerians live on less than $2 a day, while fewer employment opportunities exist in a job market that is increasingly, annually bloated, by millions of new entrants.

Thus, social scientists may rightly suggest that the current disturbing level of crime and insecurity, would recede if more job opportunities were available to absorb our teeming, restless youth population. There is probably no greater antidote to poverty than sustainable work opportunities that provide income for basic necessities, such as food, clothing, and shelter for more families. The threat of poverty will, clearly, also become reduced where government, responsibly, provides social safety nets such as subsidized education and public health facilities, as well as reasonably priced and efficient mass transit and power systems.

Regrettably, however, despite earlier promises to arrest the surge of poverty nationwide, Nigeria sadly became listed in the ranks of the world's poorest nations, even when crude oil price exceeded $120/barrel and CBN's dollar reserves approached $60b in recent years.

Indeed, several reasons, have been suggested for the serial failures of former Presidents Obasanjo, late Yar’Adua and later Jonathan, to restore dignity to the lives of millions of our impoverished citizens. Sadly, without exception, all preceding administrations failed to achieve meaningful success in their common primary quest for job creation, poverty reduction, inclusive growth and diversification of the sources of wealth in the economy.

Incidentally, President Buhari declared at the recent retreat with ministers-designate, in Abuja, that "our economic focus will be policies that will ensure inclusive growth and we will count our achievements based on the number of Nigerians we move out of poverty".

The inevitable question, therefore, is, what will Buhari's team do differently to successfully create jobs and reposition our economy. So, how can Buhari's cabinet implement a better strategy that would herald rapid success, where his predecessors failed woefully.

The challenges of revenue leakages, wastages, and corruption are often identified as the major hurdles before which past administrations faltered in their strategies to create jobs and give a better life to increasingly more Nigerians. However, Buhari's well-documented Spartan tradition and his evident abiding passion to wrestle down corruption may minimize the above commonly listed threats to poverty alleviation. But the question is, will the example of Buhari's discipline be enough to drive rapid job creation and reduce poverty?

The usual strategy for creating jobs, in earlier administrations was simply to throw hundreds of billions of Naira into poorly designed job creation projects, such as the now-defunct SUREP; Nigerians need to question the wisdom of injecting billions of Naira as interventions in a money market that are acknowledged by CBN to be suffering from an overhang of Excess Naira! These financial interventions generally also included special loan packages with single-digit interest rates for the real sector. Sadly, the stronger, more compelling attraction of the government's sovereign risk-free borrowings, and the attendant double-digit interest rates have invariably discouraged the banking community from actively supporting SMEs, which are inherently more risk-prone, with competitively priced loans, from which banks earn less yield. The question is, how will Buhari's Economic Team successfully resolve this traditional systemic contradiction which crowds out the real sector from access to cheap funds, while the CBN ironically, simultaneously, continues to pay double-digit interest rates to borrow excess funds that will simply be sterilised and kept idle. Sadly, we will remain a nation of certified mugus(fools) if Buhari allows this brazen 'fraud' to continue.

Incidentally, despite the well-known challenge of access to cheap funds for SMEs, a certain CBN Governor once directed, just before the end of his tenure in 2008 that an already consolidated mandatory levy of about N40bn, contributed from banks' profits to provide SMEs with cheaper loans, should be returned to the contributing banks, because according to him, the CBN could not design a constructive or equitable framework for disbursing funds from the kitty! Even till date, the CBN's dedicated portfolio of SME targeted loans, including BOI interventions funds, do not enjoy enthusiastic support from banks and unexpectedly, therefore, remain largely without patronage; similarly, micro-enterprises, with their relatively modest credit requirements continue to endure the oppressive burden of over 6 per cent interest rate per month, on loans sourced from government registered and supported Micro Finance Houses.

So how will Buhari redress such barefaced financial extortion for this category of largely voiceless, small-time businesses? Instructively, with facilitated access to cheaper funds, over 15million registered micro-enterprises nationwide can become adequately empowered to individually create at least one additional job to make a significant dent on the current intimidating tower of unemployment, and therefrom provide a sustainable livelihood for millions of Nigerian families and reduce poverty nationwide.

Furthermore, in our present austere dispensation, with low crude oil prices and average annual federal budgets of about N5Tn, there would barely be anything left over after deduction of recurrent expenses, to fund those capital projects which would normally create job opportunities and enhance social welfare. So, unless Buhari's government increases the oppressive burden of debt, with the attendant seemly punitive cost of borrowing, Nigerians will inevitably be disappointed if they expect any significant improvement in social infrastructure.

Furthermore, in reality, the federal government's annual average budget of about N5Tn (about US25bn) is clearly inadequate to galvanise consumer demand and investments in an economy with a gross domestic product value of over $510bn (now actually below $400bn as a result of the 25 percent recent Naira devaluation).

Instructively, private sector spending is actually the primary driver of consumer demand, employment and growth in every successful economy; consequently, government policies are therefore carefully structured to support and fund real sector activities. However, poverty will deepen, so long as, our economic management team, appear helpless to effectively, positively modulate the critical, primary monetary indices of inflation, cost of funds and exchange rate; for example, higher rates of inflation stifle consumer demand and induce poverty where incomes remain static; understandably, of course, without buoyant consumer demand, there would be little or no motivation for investments that would support job creation.

Indeed, President Buhari's passionate desire to create more jobs and reduce poverty may just remain a fantasy, like the promises of all our former Presidents, if the poison of systemic excess Naira supply continues to create serious distortions in our economic framework, to make the realisation of favourable monetary indices impossible. Curiously, it is our own Central Bank that, undeniably, instigates the scourge of systemic excess liquidity, when it substitutes Naira allocations, every month, for dollar-denominated revenue. PMB's failure to reduce poverty will certainly be sealed, if he, like early Presidents, also remains in denial of this reality.

SAVE THE NAIRA! SAVE NIGERIANS!!