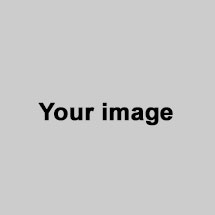 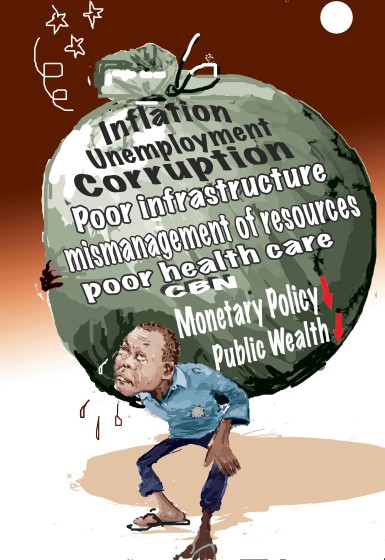 INTRO:
Last week, this column republished “Party Campaigns & the Phobia of True Federalism” The article criticizes the electoral system and the motives of political candidates.It places emphasis on the correlation between questionable leadership and increasing poverty in Nigeria. All republications can be found in the archives using the below link.

Today’s republication continues the theme of questionable political rule in the country due to the approaching elections, as it discusses a failing electoral system that has persisted for decades. The article makes mention of a study which portrays a correlation between low levels of autocracy in government and a country’s prosperity/high performance. It emphasizes the duty of the political class to serve the people above self-interest, and how a truly democratic system inevitably leads to a more responsive and accountable government which would positively impact levels of economic growth and Nigerians.

As you read through the below article taking note of previous events and rates, keep in mind its initial publication (2007), a clear indication that the value of the Naira is currently worse off than in previous years.


In deference to the above title, it may be appropriate to begin this piece with a little instructive passage from the Christian Bible: I daresay similar passages would also be found in the Quran and other equally holy books.  In Matthew chapter 20:25-27[KJV], Jesus called his disciples and admonished them saying:
“25 … Ye know that the princes of the Gentiles exercise dominion over them, and they that are great exercise authority upon them.

26 But it shall not be so among you: but whosoever will be great among you, let him be your minister; 27 And whosoever will be chief among you, let him be your servant:”
The above verses probably prescribe an enlightened concept of the use of power over 2000 years ago; but contemporary political attempts to elicit this objective of ultimate service rather than a colonial spirit from those who aspire to political office in every part of our world continues to make this bi-millennial old admonition still very relevant.

A cursory study of national prosperity suggests a correlation between high performance countries (i.e., with respect for human rights, security, low unemployment, good welfare systems, appropriate educational and social infrastructure, etc.) and a reducing level of autocracy in government.  In this light, the hidden truth in the passage from Matthew’s gospel quoted above is that the general welfare of a community is better served when the political masters see themselves as servants of the people rather than the lords of the subjects!

In the last four decades or so, since the advent of political independence, most of the African continent has been ravaged and plundered by one form of dictatorship or the other and the result is the shameful plight of the ordinary African today!  Admittedly, there is progress, albeit slow towards evolving truly democratic institutions which would make political masters responsive and accountable to the people they serve, in the manner that a servant humbly makes an account of his stewardship to his masters.  It is clear that the vestiges of military autocracy continue to dominate the mindset of most of the current crop of the political class on our continent.

The features of this mentality are probably more evident in our own country than elsewhere.  It is an open secret that most of those who seek for political office in Nigeria do so in order to secure a meal ticket or better still facilitate uninhibited personal access to state treasury.   Indeed, an eminent member of the outgoing Senate had a while back reminded hapless Nigerians that after all, politicians spend a lot of money to get into office and they should not be begrudged for seeking to recover their investment with dividends!  Some critics have observed that the unruffled response of labour and other civil societies to this brazen confession is an indication of our battered value system and general acceptance of our political office holders as masters to whom we should be grateful for letting us breathe God-given free air!

It has become commonplace to find erstwhile impoverished and unemployed Nigerians whose lives have been dramatically transformed from holding political office.  Ironically, the raped victims are also the same ones who jostle to bestow one award or the other on these ‘successful’ illustrious sons of the soil, who have successfully waged ‘serious’ political battles and brought back home part of the spoils from a conquered territory called the Niger Delta!

One would expect that some of the attributes of service as prescribed in Matthew’s gospel would be, humility, diligence, honesty, a caring disposition, full commitment and unconditional love, as Matthew 20:28 [KJV] goes on to conclude:
“Even as the Son of man came not to be ministered unto, but to minister, and to give his life a ransom for many.”
Regrettably, the Nigerian political space is bereft of servants with those noble qualities; innocent Nigerians have had their car windscreens smashed and, in some cases, suffered bodily harm inflicted by the police escorts of our political leaders for committing the crime of not hastening out of the way of their convoys even in apparent bumper to bumper traffic situations!  Nigerians are silently amazed that a ‘servant’ of theirs could spend over N100 millions of public funds on house rent and furniture alone when over 80% of the Nigerian population live on less than a dollar (N130) a day!

In a story that should serve as a lesson in humility and public accountability to our political class, the Guardian (of Tuesday 06/06/06 pg. 11) carried a report titled “Blair Returns from Italy on Low-Cost Airline” part of the report is as follows:
“In a rare show of humility by a head of government, British Prime Minister, Tony Blair after a vacation in Italy has reportedly returned home with his family on a budget airline’s scheduled flight, avoiding criticism for using Queen Elizabeth II’s planes, newspapers said.

“The Blairs flew from Rome-Ciampino to London-Stansted airport aboard Ryanair Flight FROM 3009 with tickets costing 49 pounds (92 dollars, N11,700) a head; the Daily Telegraph reported yesterday.”
Nigerians everywhere will find it inevitable to contrast the above with the recent purchase of a new Presidential Jet at a cost of about N10bn to complement an existing Presidential fleet in a country which is ranked as amongst the world’s poorest!  In an ironic twist, the media reported two weeks ago that the official inaugural flight of the specially refurbished aircraft was aborted for technical reasons and an older aircraft from the Presidential fleet fortunately stood in with little or no notice at all for the flight to a meeting in Europe!

Nearer home, we may also learn a lesson or two from our ECOWAS brother nation, Ghana, where President Kufuor had rejected the use of a lavish Presidential Jet ordered by his predecessor. Instead, the Ghanaian President has ordered the aircraft to be auctioned and the proceeds therefrom to be used for purchasing four aircrafts for his country’s air force!  Nigerians who visit Ghana are usually touched by the humility and sober demeanour of political office holders in that country; not for them the elaborate, expensive and intimidating dress codes and the unwieldy entourage of their Nigerian counterparts!

I had the rare honour of sitting beside the Speaker of Ghana’s National Assembly in Accra a few years back; indeed, the simple gentleman had to personally introduce himself to me on my prompting as he did not carry that arrogant air of power with escorts and mobile police lurking everywhere; in fact, I did not see any uniformed policeman anywhere around the church!  This political master was certainly a man of the people.

In truth, Nigeria’s long-awaited messiah is yet to come, but when he does come, we shall know him by his inclination to serve rather than be worshipped and ministered unto!  However, the possibility of such a one emerging from the current framework of our warped federalism might just be a miracle!
This article was first published in this column on 12/06/2006.  All I need ask this time around is whether Yar’Adua/Jonathan can be our ‘miracle package’! 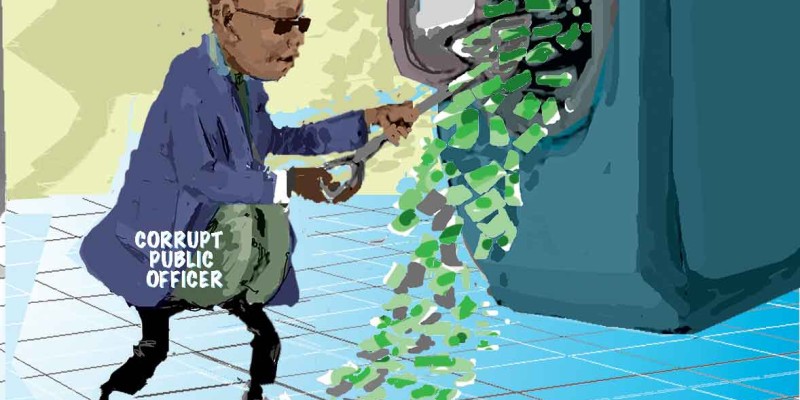 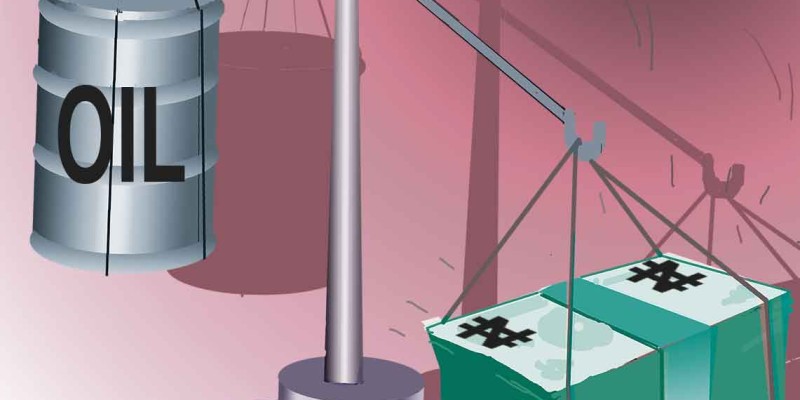 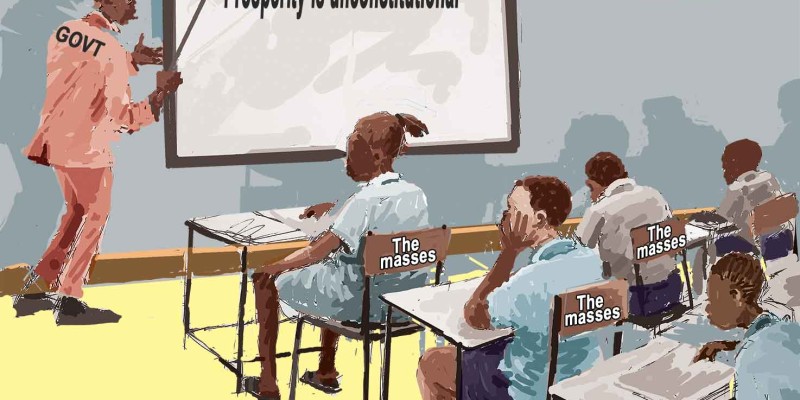 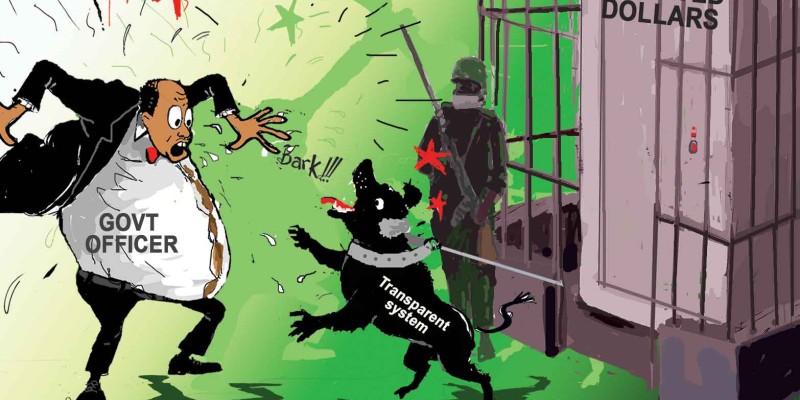